A Fish of Earth 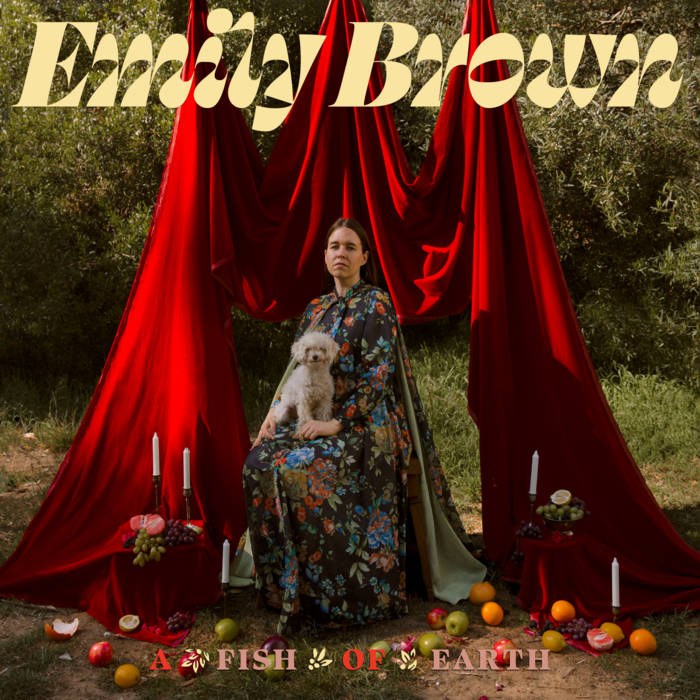 Some two years after releasing tidally delighting Bee Eater comes EB with a new album titled A Fish of Earth: AND it being such an album chronicling the waves and tides of joy and grief in long term relationships of all ilks. Rising and falling from the depths to the heights of that which touches all– love, or "the sea," she sifts and sieves womanly experience and memory, songing and singing; collaborating in this fine afloating have been musicians Bly Wallentine and Stuart Wheeler as well as musicians from all over the American State of Utah and further (to be named more particularly in their persons below): Nicolas Ayala, who fluted upon the flute Sophie Blair, who bowed upon the viola Madelyn Brown, being the sister of Emily, who did sing, and sing often and long before this with Emily Patrick Campbell, who tapped and hit upon the drums Lucas Deal, who blowed upon the clarinet and as well, upon the bass clarinet Emma Hardyman, who sang at high pitch and volume with Bly and Emily Logan Hone, who performed swoonfully the banjo and fearlessly the alto saxophone, both efforts being triumphant Gavin Ryan, who hit and bowed upon the vibraphone and xylophone and all manner of phones with soft mallets and stringed bows Max Olivier, who bowed upon the cello Dylan Schorer, who made the pedal steel sing and swoon Jasmine Stack, who did sing with Emily many late-nighted harmonious notes Megumi Terry, who bowed upon the violin Ben Swisher, who blowed upon the bass clarinet Bly Wallentine, who sang and played and strummed upon all manner of instruments, the clarinet and the cornet, the flute and the guitar, the piano and too, the drum, and the recorder and toowith, singing with valiance and grace in all seasons Stuart Wheeler, who sang and played and strummed and tapped all manner of instruments, some being other such ones as those which Bly played—the organ and the guitar, the trombone and the drum, and singing Emily Brown, who by her nature was required to perform upon this album being the singer and writer of the songs, who most only sang, often knitting upon the couch while the other performers performed their great work Trevor Christensen, a dear friend who made no sound but was the visual and audial secretary of all that transpired— what was sung and spoken, what was fluted and blowed This album of musick owes its title “A Fish of Earth” to a work by one Djuna Barnes, “The Ladies Almanack,” a book of women creating womenkind, of women who care for, delight in, and please women, women among themselves. The creators of this album were so moved by this book and its illustrations that it is a centrepiece of all that we have here wrought and performed. I (Emily, a woman of the pen) am courageously grateful to all those who wrought this album with me, by coin and by longing, by wild drawing and careful lettering, by willing and warmth. Above all and whom else I am grateful to Kyle Benson being my one witness of these some four years with steadiness and pure belief. Being all pleased and enlivened by such warmth and generosity I continue to write and perform to the pleasing of those who may be so pleased.